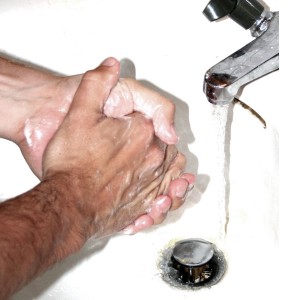 OCD stands for Obsessive Compulsive Disorder. People often think of OCD as merely a quirk, but actually, it is a very serious disorder that can drastically interfere with a person’s life. Many hundreds of thousands of people in the United States and Canada live with OCD. Some lead functional lives and some do not. When OCD is mild or a person knows how to manage it, they can lead perfectly functional lives. When OCD is severe or mismanaged, it can be like living in a prison.

OCD is characterized by obsessive and compulsive behavior. A person with OCD will fixate and become worked up over the details, coordination, cleanliness or order of any given thing. OCD frequently expresses itself as a fixation on cleanliness and germs. The sufferer imagines that germs are on every surface that is not immaculately clean and will not be calm until every surface near them is cleaned. OCD also takes the form of an obsession with symmetry, coordination, organization and order. OCD people have very precise, exact systems in place in their life. If those systems are disturbed, it is a major cause of stress to them.

The underlying causes of OCD can vary. They are typically associated with a person’s environment, chemistry, psychology and behavior. Often, OCD will be passed down generationally. There is usually more than one case per family. Often a parent teaches a child to fear germs, clean compulsively or keep their belongings in perfect order, and it becomes a lifelong pattern. There is treatment for OCD for those who are willing to be patient and put in a considerable amount of work. Because OCD is literally a compulsive behavior, the person exhibits it automatically and subconsciously. Learning to reverse it takes a lot of work and intense critical thinking. The triggers of OCD remain with a person their whole life, but they can learn how to manage them so that their control reflex over them is as automatic and effortless as the trigger itself.