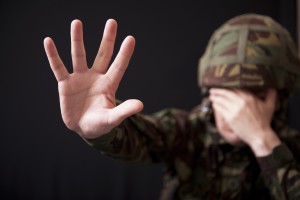 PTSD is a very difficult condition to live with. PTSD stands for Post Traumatic Stress Disorder, and it is characterized by ongoing feelings of panic due to a traumatic event. Commonly, people think of ex-soldiers as the typical person afflicted with PTSD because they come home from war so traumatized by what they have witnessed. It is true that many former soldiers return from war and suffer PTSD, but it is a condition that can strike people from any demographic and any walk of life. Trauma is relative to the coping abilities of those it affects, and a range of adverse situations can be traumatic to people.

When a traumatic event takes place a person’s brain is flooded with cortisol as a stress response. They receive adrenaline and their heart races. They have an extreme, negative emotional response. This traumatic event may be something as severe as an animal attack or a violent crime, or it may be something more minor, such as a pattern of fighting in a relationship. As mentioned previously, trauma has more to do with the individual’s ability to process and overcome trauma than it does the scale of the trauma.

As time moves forward and the traumatic event moves into the past, the average traumatic event begins to fade from a person’s memory and they begin to experience relief from it. But in the case of PTSD, the person does not forget the traumatic event, the memory of it stays vivid and they constantly relive it, complete with the rush of cortisol and adrenaline. This means they are living life with feelings of dread and panic just below their surface. These feelings can be triggered by anything startling or reminiscent of the traumatic event. This pattern will continue until the individual receives help in the form of counseling or clinical treatment. PTSD is treatable for those who are willing to apply hard work and critical thinking to their condition.